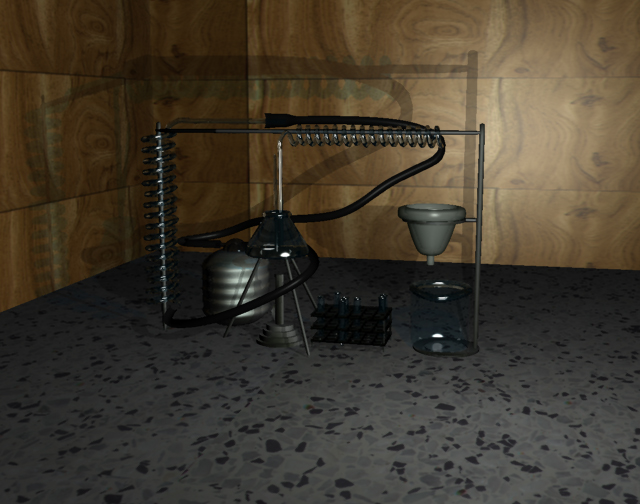 Back in college, I took a fair number of 3D animation classes.  We used a tool called Softimage, but if I remember right, I started out with 3D Studio MAX.  Anyway here’s a couple 3D renderings from back in the day

First off, some friends and I had this grand idea for an animation revolving around a mad scientist’s lab.  We never finished (and actually barely started if I remember right.  But I did a few lab equipment renderings.

Next, here’s my first 3D scene I ever did.  It was a tutorial out of a 3D Studio MAX book:

Finally, lets talk senior thesis!  I made up an entire legend of the Cancerbot 9000 project.  Since the cigarette companies couldn’t advertise to kids, they manufactured a fleet of robots to do it instead.  And the fake advertising propaganda ensues!

I actually forgot what the deal was here…but I was doing some Grocery store themed 3D animation that never panned out.  Here’s a still….but I do remember the final video being kinda trippy.

Tim Cunningham, of www.cfmumbojumbo.com, needed a logo for his podcast/radio show where he does quick interviews featuring one guest per show. I helped him out, starting with a few variations on a concept I came up with. Tim picked a concept after asking around, and I finally added some color and depth while coming up …

In addition to running two shows on Codebass Radio (one music, one tech talk), I’m on the management team.  I’ve helped out with graphics here and there, so of course when station owner Vicky Ryder wanted a logo, I was happy to help! Here is the styled final logo And here it is on a …

Runtime Expectations is a live talk show on software development.  I co-host with Bucky Schwarz and Adrian Pomilio. The show page is over on CodebassRadio: http://codebassradio.net/shows/runtime-expectations/ We also have a meetup page that we schedule shows and invite people to sit in: http://runtimeexpectations.com. Adrian came up with the show name – I warmed up to …

Another embarrassing entry in my design portfolio!  I think this was the first paid website I ever did.  It looks pretty bad to me now, but it was done in like 1997.  The company was pretty happy with what I did, but the funny story was that I was learning Macromedia Dreamweaver at the time. …

I was just going back through the archives and digging up screenshots of old portfolio sites and CD’s.  Kind of embarrassing how bad things looked all those years ago, but it was in 1997, who can blame me! My 1997 website hosted on my school’s webserver! 1998 – Same deal….still looks pretty bad even with the … 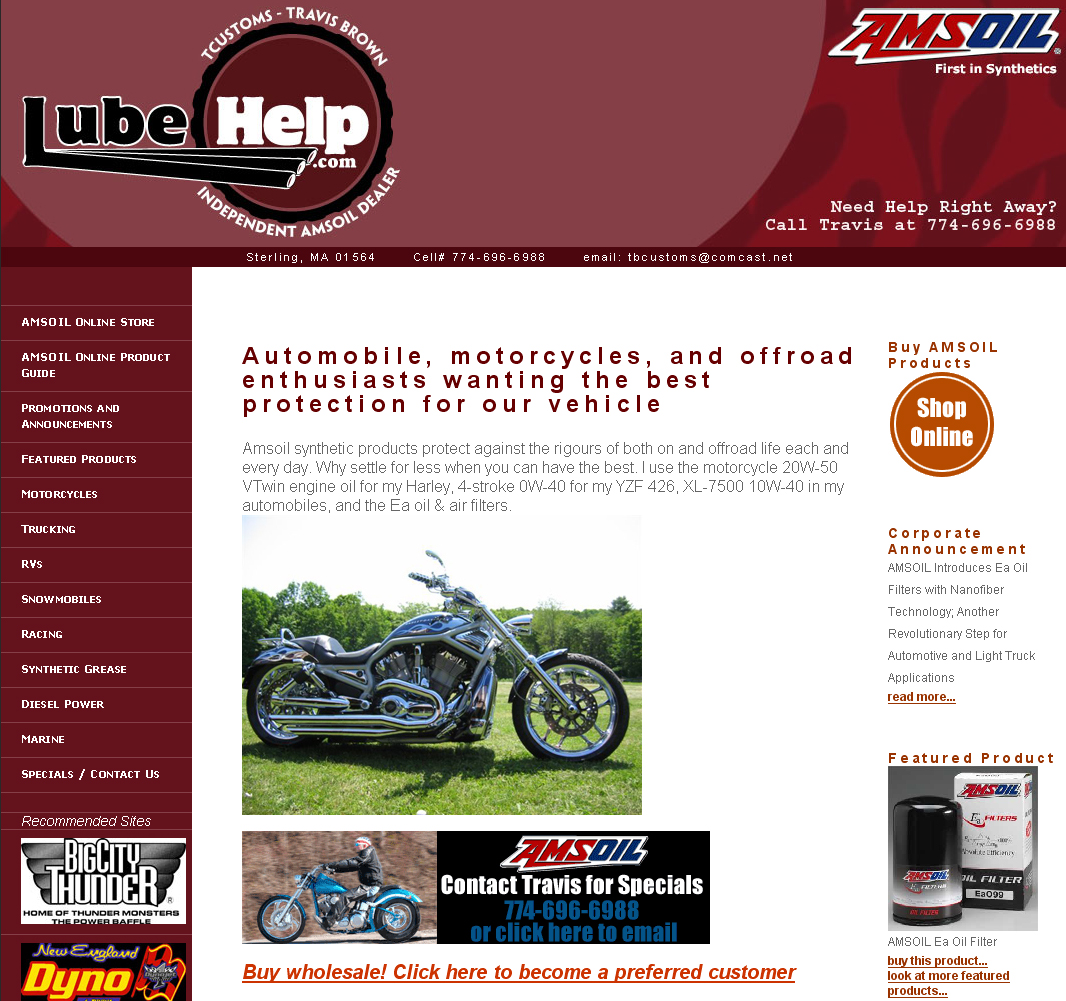 So, my brother in law needed a website.  He sells Amsoil and wanted to sell it through his website as an affiliate. I helped him get a site off the ground and designed.  I did his logo as well

NCDevCon is an awesome annual conference in Raleigh, NC.  It focuses on Flash, Flex, Coldfusion, Web, and Mobile. The organizers had asked me to help design a logo.  I came up with a black and white concept for them, and ended up stopping there since they wanted a simple black and white webpage and …

My wife runs a restaurant and cocktail review website called “The Gourmez”.  I designed a website for her and built a WordPress style around the design. Shown here is the second revision I made for her in 2010. Click the image to go to the site   Here’s the old version of the site, prior …